A QUICK UPDATE ON MM (Lebanon) 3 days before the Rules change by Tony Muman, Counsel for MM

A QUICK UPDATE ON MM (Lebanon)

3 days before the Rules change…

Following the Court’s judgment on 22 February 2017 the parties sought to agree an order which gave effect to it and in particular to paragraph 110 which reads:

As to the declaration the Home Secretary proposed to confine the Court’s criticism of GEN 1.0 and 1.1 to just the MIR provisions of the partner rule in Appendix FM.  In reply and on behalf of MM (Lebanon) it was pointed out that this was incorrect and that GEN 1.0 and 1.1 were sweeping general provisions which extend to Appendix FM as a whole, and that furthermore the Court was equally critical of the Home Secretary’s guidance.

As to giving effect to paragraph 110 of the judgment the Home Secretary contended that the Court did not invite further submissions from the appellants on this issue and that any changes that were required of the Rules and Instructions were a matter for her, and not the appellants, including how she chose to give effect to the judgment of the Court.  In reply and on behalf of MM (Lebanon) it was pointed out that this was also incorrect and that the Court could not have been clearer at paragraph 110 in directing a sequential approach which required the Home Secretary to first indicate to the appellants and the Court her proposed changes which would accord with the law set out in the judgment, and for the Court to receive written submissions on such proposals and thereafter to decide whether a further hearing is necessary.

On 28 July 2017 the Supreme Court emailed its sealed order ordering that the appeals in Master AF and SS (Congo) be allowed and that the decision of the Upper Tribunal in SS (Congo) be restored.

Agreeing with the submissions filed on behalf of MM (Lebanon), SS (Congo) and Master AF the Court declared that the Immigration Rules and Instructions fail unlawfully to give effect to the duty of the Secretary of State in respect of the welfare of children under section 55 of the Borders, Citizenship and Immigration Act 2009.

Agreeing with the submissions filed on behalf of MM (Lebanon) the Court rejected the Home Secretary’s contention that the appeal had been dismissed and ordered it be allowed to the extent set out in the judgment.

Significantly, and again agreeing with the submissions made on behalf of MM (Lebanon), the Court went on to order the Home Secretary to file a statement as indicated in paragraph 110 within two months of the date of the order and for the appellants to file submissions two weeks thereafter on whether the statement accurately reflects the judgment of the Court.

On 21 July 2017 and seven days before receiving the Court’s final order the Government Legal Department wrote to the Court advising that on 20 July the Government had laid before Parliament HC 290 intended to give effect to the Court’s judgment and enclosed a copy.  The changes set out in HC 290 come into effect on 10 August 2017 and will apply to all decisions made on or after that date.  It is understood that revised guidance will also be published to coincide with the rule change.

A further post detailing the changes introduced by HC 290 will follow but in the meantime a letter has been sent to the Government Legal Department asking for clarity as to when we can expect to receive the Home Secretary’s statement or whether the letter sent to the Court on 21 July 2017 together with enclosure (HC 290) is to stand as her statement.  The Court’s intention is now clear.  It expects a statement from the Home Secretary as indicated at paragraph 110 of her judgment to be followed by submissions from the appellants thereafter as to whether the defects identified in the Court’s judgment have now been remedied.  The Court will then have to decide whether a further hearing is necessary.

The Home Secretary’s response is likely to be to rely on the Written Ministerial Statement (HCWS95) by the Immigration Minister Brandon Lewis MP together with what is set out in the Explanatory Memorandum.  As to whether there will be anything else remains to be seen but it is clear that HC 290 is the vehicle through which the Home Secretary purports to give effect to the Court’s judgment.  The real question, yet to be tested, is whether it goes far enough? 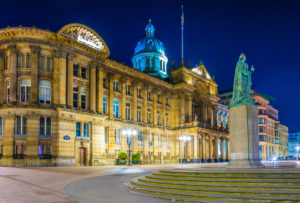 Law in the time of COVID-19: A Practitioners Guide to Hearings 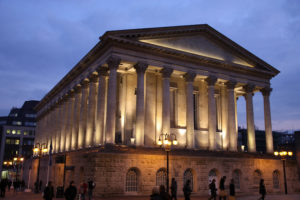 COVID-19 and the Risk of Losing Your Home

Article by Katie Wilkinson The true financial impact of the COVID-19 coronavirus is yet to... 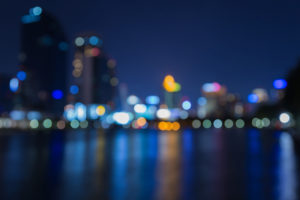